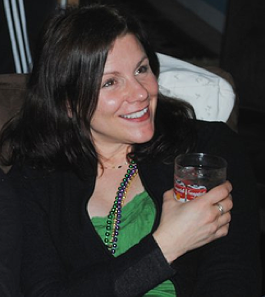 Brenda Bradley has been awarded a major grant by the National Science Foundation to investigate the evolution of hair and fur variation in primates.  Despite being among the most varied mammal in terms of coloration and morphology, surprisingly little is known about the evolution of this important trait.  As a molecular anthropologist, Professor Bradley, along with her co-primary investigator Professor Jason Kamilar of Midwestern University, will deploy genetic analyses of various primate species to shed light on this central question.

Bradley is an Assistant Professor in the Yale Department of Anthropology.  Effective July 1, 2014, she will be promoted to Associate Professor on Term.  She is also director of the Yale Molecular Anthropology Laboratory.  Jason Kamilar is a former post-doctoral fellow under the supervision of Professor Bradley here at Yale.  He now holds Research Professor appointments at Midwestern University and Arizona State University.  The public abstract of the proposal is listed below.  Congratulations Brenda and Jason!

This project examines how core physiological and evolutionary processes shape biological diversity. Elucidating how genetic changes and selection pressures result in trait variation is a central goal of biology. Key to this is identifying the links between genes, form and function, and how these can alter the fitness of individuals and the evolutionary success of species. Moreover, understanding why and how many cellular and body structures have evolved independently in different species can explain how evolution takes multiple routes to “solve” the same problem.

The biology of hair is an ideal system for studying these links between genetics, form and function. Hair is an anatomical trait that is shaped by both natural selection (e.g. providing camouflage against predators, protection from parasites, maintaining body temperature in cold environments) and sexual selection (e.g. signaling sex, age, status).  It is a universal characteristic of mammals, yet across species there is striking variation in the color, pattern, growth, and texture of hair. Moreover, many hair traits, such as tail stripes or thick woolly coats, seem to have evolved repeatedly in different mammal lineages.  Hair is also a trait for which small genetic differences can have major phenotypic effects. For example, red hair in humans is due to variation at a single gene.

This project applies cutting-edge genomic and comparative analyses to understand how genetic variation and selection have shaped this important anatomical feature (hair) in humans and other primates. Also, it will provide a critical evolutionary context to understand one of the biological traits that make humans unique (relative hairlessness).  Because many human and animal diseases are associated with hair changes and loss, this project is relevant for aspects of public health and dermatological and clinical research on hair/skin conditions. Animal hair is also an important commercial product; Identifying the biological factors that shape hair characteristics in natural-living species, could eventually improve the yield and quality of hair-based products. In addition, the project will generate a wealth of genetic and metric data on primate diversity that will contribute to research in conservation and evolutionary biology.