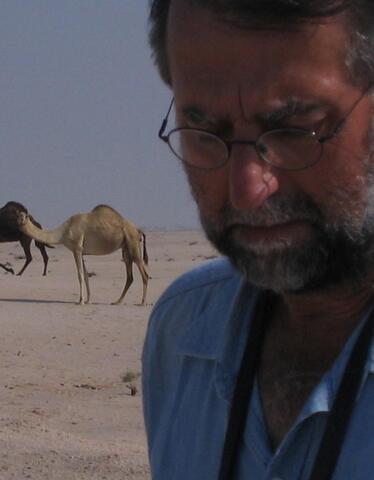 Andrew Hill was the J. Clayton Stephenson Professor of Anthropology, Curator and Head of the Division of Anthropology, and Curator of Vertebrate Paleontology, in the Peabody Museum at Yale University. Other affiliations included the Council on Archaeological Studies and the Council on African Studies. Before coming to Yale in 1985 he held research positions at the National Museums of Kenya in Nairobi, and at Harvard. He was interested in the whole range of human evolution, particularly in the environmental and ecological context in which it occurred.

Since 1968 he carried out field work in eastern Africa, in Pakistan, and in the United Arab Emirates. For many years he directed the Baringo Paleontological Research Project, a multidisciplinary research program operating in the Tugen Hills, Kenya, and this ongoing work was the topic of a special double issue of the Journal of Human Evolution in 2002. He co-edited Fossil Vertebrates of Arabia in 1999 (Yale University Press), and he co-directed a current expedition on the paleontology of Abu Dhabi, United Arab Emirates.

In 2009 he was made a Fellow of the American Association for the Advancement of Science. He was a member of the National Research Council of the National Academies Committee on the Earth System Context of Human Evolution, which resulted in the publication, Understanding Climate’s Influence on Human Evolution in 2010. In 2012 he was recognized as a “Notable Alumnus” of Royal Holloway and New Bedford College, University of London. He teaches courses on different aspects of human evolution, faunal analysis, and taphonomy. In 1994 he received the Yale College-Lex Hixon ‘63 Prize for Teaching Excellence in the Social Sciences