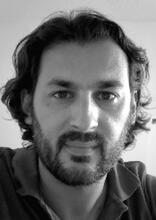 Naysan Adlparvar is a Postdoctoral Fellow with the Anthropology Department at Yale. He completed his PhD, in 2015, at the University of Sussex’s Institute of Development Studies. Naysan’s thesis documented the effects of conflict and post-2001 political reconstruction upon identity and interethnic relations in Afghanistan’s Bamyan Valley. He was previously the Rice Faculty Fellow (2017-18) and a Postdoctoral Fellow (2016-17) with Yale’s Council on Middle East Studies. Naysan will be a visiting Oxford University’s Middle East Centre for Fall 2018.

Naysan’s primary research interests surround the nature of social relations in conflict-affected and transitional contexts. This includes not only research on ethnicity, religious affiliation and gender, but also examination of processes of social cohesion and peacebuilding. In 2016, he published an article entitled ‘The Evolution of Ethnicity Theory: Intersectionality, Geopolitics and Development’ that discusses the development of, and potential new frontiers of research in, ethnicity theory. Naysan is currently preparing his PhD as a book and a series of journal articles, whilst also preparing a special issue of Iranian Studies that focuses on contemporary manifestations of identity in Afghanistan.