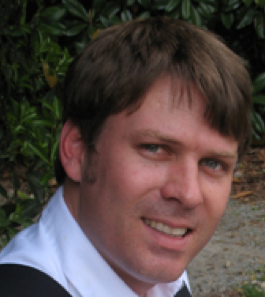 Congratulations to Erik Harms on receiving the 2014 Harry J. Benda Prize in recognition of his achievement as the author of Saigon’s Edge - On the Margins of Ho Chi Minh City. The Harry J. Benda Prize, first awarded in 1977,  is given annually by the Association for Asian Studies* to an outstanding scholar from any discipline or country specialization of Southeast Asian Studies for a first book in the field.

“Saigon’s Edge” explores life in Hóc Môn, a district that lies along a key transport corridor on the outskirts of Ho Chi Minh City. The author puts forth a revealing perspective on how rapid urbanization impacts people living at the intersection of rural and urban worlds and opens a window on Vietnam’s larger turn toward market socialism and the celebration of urbanization.”

Winners of the various AAS book prizes will be honored at the Awards Ceremony of the upcoming AAS annual conference in Philadelphia on March 28, 2014. (Seehttp://www.asian-studies.org/News/AAS-Book-Prize-Winners.htm).  All friends of Yale SEAS are encouraged to attend !!

*The Association for Asian Studies (AAS) is a scholarly, non-political, non-profit professional association open to all persons interested in Asia and the study of Asia. With approximately 8,000 members worldwide, representing all the regions and countries of Asia and all academic disciplines, the AAS is the largest organization of its kind.  (See http://www.asian-studies.org/about/index.htm)

**”….Harry Benda’s contribution to developing Southeast Asian studies was evidenced especially in the time and energy which he devoted over the course of many hears to strengthening this field at Yale, (and) he took justifiable pride in his central role in establishing a strong graduate program there… . Harry Benda has made Yale known throughout the world for the quality of the young scholars whom he trained.” -George McT Kahin (1972).   See Yale SEAS History.

Erik is an Assistant Professor in the Yale Department of Anthropology.  He joined the faculty in 2008 and received his Ph.D. in Anthropology from Cornell University in 2006.