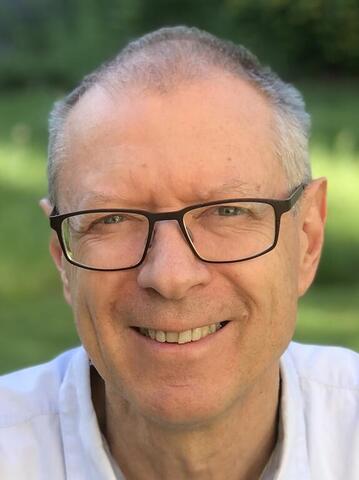 Albert Hafner is full Professor and Director at the Institute for Archaeological Sciences at the University of Bern/Switzerland and a full member of the Oeschger Centre for Climate Change Research (OCCR). He studied Prehistoric Archaeology, Anthropology and Biology at the Universities of Tübingen and Freiburg/Breisgau, Germany and Zurich, Switzerland. For many years he was engaged in rescue and research excavations in Neolithic and Bronze Age wetland sites of Western Switzerland. In large-scale investigations of submerged settlements of the 4th to 1st millennium BCE he applied underwater archaeological methods and the setup of dendrochronological sequences. This allowed the complete recording of prehistoric structures and to reconstruct the architectural layout, construction history and duration of use of early agrarian settlements.

Further, Albert Hafner led the Schnidejoch expeditions in the Western Bernese Alps of Switzerland focusing on a high-alpine ice patch site at 2’750 m/ 9’000 ft asl.), with finds ranging from the Neolithic 5th millennium BCE to the Middle Ages. Ongoing fieldwork (2019–2025) takes place within the framework of a European Research Council (ERC) Synergy Grant. The project “Exploring the dynamics and causes of prehistoric land use change in the cradle of European farming (EXPLO)” enables joint research of the Universities of Bern, Switzerland, Oxford, United Kingdom and Thessaloniki (Greece) and local partners in Albania, Greece and North Macedonia (for more information see: EXPLO). First underwater archaeological research in the area will allow the construction of highly precise settlement chronologies of the 6th to 1st millennium BCE based on dendrochronology, radiocarbon dating and Bayesian modelling. On-site archaeobiological information will be combined with off-site palaeoenvironmental data to investigate past adaptation strategies to the environment as well as the effects of past societies on their environments.

The focus in current dissertations at the University of Bern is on research on Holocene human-environment relationships, social developments and elites, burial rites, underwater archaeology and alpine archaeology. For a full list of ongoing projects see: Projects.

Albert Hafner was part of the core group of the UNESCO World Heritage project “Prehistoric pile-dwellings around the Alps,” awarded in 2011. His ongoing research is related to submerged prehistoric settlements in lakes of the south-western Balkans and Switzerland and prehistoric land use of alpine environments. He is a member of numerous organizations and scientific boards.