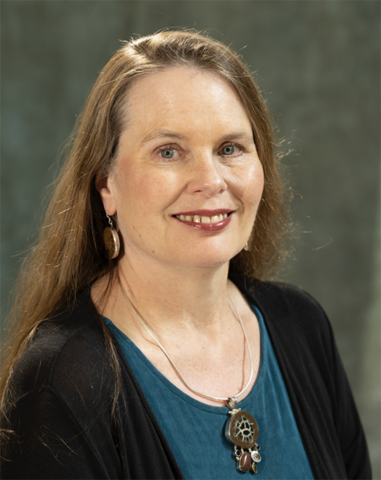 Cheryl Knott is a biological anthropologist who has been studying wild orangutans in Indonesia’s Gunung Palung National Park, on the island of Borneo, since 1992.  She is the founder and director of the Gunung Palung Orangutan Project, one of the longest running primate research projects in the world.  Her work reveals how orangutan adaptations, such as the longest inter-birth interval of any mammal and the evolution of two adult male morphs, are shaped by their ecology.  She pioneered the use of non-invasive techniques to measure orangutan hormones, caloric intake, and physiology in the wild.

Dr. Knott earned her PhD in Anthropology from Harvard University in 1999 where she was an Associate Professor until 2008, when she joined the faculty at Boston University.  At Boston University she is a Professor of Anthropology, Professor of Biology and Professor in Women’s, Gender and Sexuality Studies as well as the Associate Chair of Anthropology. During the Fall of 2022 Professor Knott will be the Edward P Bass Distinguished Visiting Environmental Scholar. The Bass Visiting Environmental Scholars Program brings premier scholars in any field dealing with the study of the environment, past or present, to Yale for an extended period of time.

In 2000, Professor Knott co-founded the Gunung Palung Orangutan Conservation Project which works to protect this critically endangered species, and their rain forest habitat, through education, public awareness campaigns, population and habitat censuses, sustainable livelihood development, establishment of village-run customary forests, investigation of the illegal pet trade and active engagement with Indonesian government organizations. She has published over 75 scientific articles and collaborates on the creation of popular books, articles, and films on orangutans to help the public develop a greater appreciation for these magnificent animals.