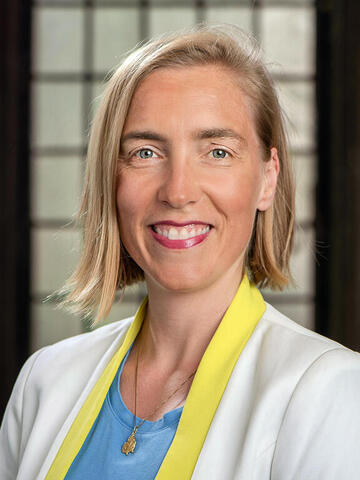 I am a cultural anthropologist who studies African borderland areas where the state is largely absent, and a range of actors govern. My research locales, primarily the remote and little-populated eastern reaches of the Central African Republic (C.A.R.), are further marked by violent histories that continue into the present. How, in such contexts, do people navigate fragile relationships of trust and claim access to resources and authority? My main fieldwork interlocutors are among the region’s men-in-arms, such as anti-poaching guards and rebels.

My current book project, Hunting Game: Politics in the Central African Interior, centers on the northeastern borderlands of the Central African Republic (CAR), an area long marked by plural authorities, a militarized regional political economy, and an absence of bureaucratic state institutions. Combining historical and ethnographic methods, the book explores what kind of a space this is: on maps allocated to a bounded entity called CAR, and yet in important ways beyond the reach of any centralized state. How, in such a space, do people work across scales and gain the authority of a livelihood, if not control over other people? Such a political formation, where few have sought to manage populations, is best described through a metaphor of hunting. Inspired by the prevalence of literal hunting (of humans as well as other animals), hunting in this conception is a political mode centered on exploitation, renown, flexibility, and certain forms of violence. Hunting as politics raises questions relevant far beyond this remote area. Hunting favors the flexible and opportunistic, but many of the things people in the region identify as problems demand long-term, collaborative approaches; how might this impasse be broached? And where else is hunting politics happening, in unrecognized form?

With funding from the National Science Foundation, the Wenner-Gren Foundation, the Harry F. Guggenheim Foundation, the United States Institute of Peace, and the MacMillan Center at Yale, my current research project, “Ethics in Wars of Protection,” explores how military peacekeepers understand themselves as ethical actors. Peacekeeping has become the signal means of conflict mitigation in the world, and it has recently undergone radical shifts. No longer just keepers of signed peace agreements, peacekeepers today are asked to enforce and protect in the midst of ongoing hostilities — effectively, to participate in war and be impartial. How do peacekeepers develop ethical compasses to navigate a work landscape that has such divergent moral signposts? Peacekeepers deployed with the mandate of civilian protection are daily confronted with situations in which their roles and authorities are ambiguous and lives – others’ and their own – hang in the balance. Protection has become the ideal, intended to make peacekeeping an expression of human solidarity, but peacekeepers and the peacekept alike argue vehemently over what it actually entails. Why a person might put on a uniform and fight for one’s country or kith, or for one’s survival, has by now been well-plumbed. But we have little understanding of what it is like to fight for “peace” and “protection,” especially since there is such disagreement as to whether these goals are best achieved through bellicose means. How do peacekeepers think about and right and wrong and make decisions in carrying out their work? What happens when they are tested by situations that stress their moral claims?

In addition to introductory and theoretical approaches to socio-cultural anthropology, I teach classes on sub-Saharan Africa, and especially African politics; anthropology and law; war, violence, and insurgency; humanitarianism and development; and conservation and the management of frontiers.

2016. State of Rebellion: Violence and Intervention in the Central African Republic. [Hyperlink to: http://press.uchicago.edu/ucp/books/book/distributed/S/bo25073297.html]

2016. “The Threat of Rebellion: Claiming Entitled Personhood in Central Africa.” Journal of the Royal Anthropological Institute 22(3): 552-569.