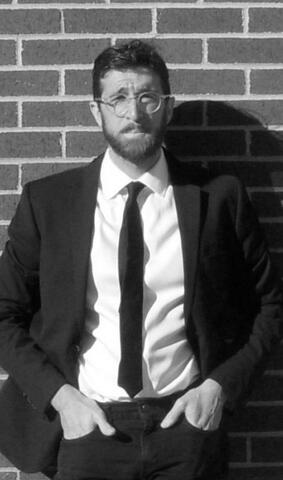 I am a social and anthropological theorist, an ethnographer, an Americanist. Here at Yale, I work as a teaching fellow and a researcher; I’m also a founding member of the Critical Theory Re-collective, and PhD candidate in the program for Sociocultural Anthropology—with strong ties to the field of American Studies. I understand, think, and practice anthropology and folklore as part of the humanities and in the service of both critique and a new humanism. My dissertation research encompasses an ethnography of Buffalo, New York’s stark and infamous “color line,” and a social history of the city’s African-American “East Side.” My fieldwork studies the spatialization of race and the perpetuation of injustice—past and present—in this segregated Rustbelt city. I am especially drawn to forms of fellowship and study that are sited amidst and in relation to various geographies of displacement and underdevelopment. Current interests include: the bounding (i.e. enclosing) and unbounding of places; critical human geography; sites of memory, story, futurity, and prayer; Black study; the Black radical tradition; the African-American Church; the sonic body politics and oral histories of (hard) Gospel, folk, and early Soul; articulations of justice and philosophies of hope; the life and work of Buffalo-born poet Lucille Clifton. Broader areas of research include: story, storytelling, and storytellers; literary ethnography and experiments in documentary form; questions of historiography; political ontology; the commons; whiteness studies; critical anthropology; post 1945 arts, culture, & social formations in the US.

Past ethnographic field research undertaken while at Yale includes:  Archival and field-based historical research on a ‘forgotten’ sagebrush county in California’s high desert; the groundwork for an ethnography of place that tells the stories of the many intersecting lifeways—indigenous, settler-colonial, migratory labor—constellating this region. Also: a series of ethnographic sketches of transatlantic literary ‘exile’ and intersecting life trajectories of two Buffalo, NY friends and professors—composing an itinerant map of modernist nostalgias, European dreamworlds, and neoliberal American academic precarity. That ethnographic map is then overlaid with an exploration of personal archives (and soundtracks) of dislocation, memory, loss, and friendship.

In 2016-2017, I was the co-curator of Yale’s Ethnography & Social Theory Colloquium. In 2018, I was a summer fellow at the New School for Social Research’s Institute for Critical Social Inquiry, where I worked with anthropologist Michael Taussig and others. In the autumn of 2019, I worked overseas as a guest instructor in Aalto University’s University-Wide Art Studies Program, and then as a visiting scholar in the University of Reading’s Samuel Beckett Collection. My recent teaching at Yale spans: the anthropology of possible worlds; the anthropology of race; race, gender, and inequality in America; ethnographic forms; the film-essay; the anthropology of play.