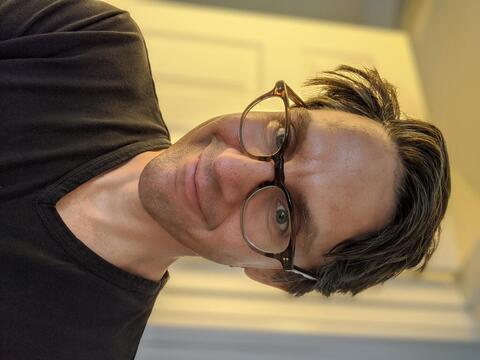 Paul Kockelman is Professor of Anthropology at Yale University. His undergraduate degrees are in math and physics, and he has an MS in physics and a PhD in anthropology from the University of Chicago. His graduate studies (in anthropology), and dissertation research (on commons management), were funded by a generous grant from the Environmental Protection Agency (back when it was more than a shell of its former self). From 2016 to 2018 he was the editor of the Journal of Linguistic Anthropology (an experience he now regrets). He has undertaken extensive ethnographic and linguistic fieldwork among speakers of Q’eqchi’ (Maya) living in the highlands of Guatemala. His forthcoming book is about intensity, environmental degradation, and the pragmatics (and thermodynamics) of possible worlds. His current research focuses on the tense and soon to be traumatic coupling between the interpretive grounds of humans and the algorithmic models of machines.

He is the author of six books:

2021    The Anthropology of Intensity (CUP, forthcoming)

On language, culture, and the environment.

An experiment in modal anthropology.

2017    The Art of Interpretation in the Age of Computation (OUP)

On meaning, mediation, and new media.

2016    The Chicken and the Quetzal (Duke University Press)

On human-animal relations and environmental interventions.

On ontology, interaction, and infrastructure.

On other minds, affect, and intentionality.

He is the editor of two collections of essays:

With Nick Enfield and Jack Sidnell.

His essays range over a variety of topics, including:

2020    The Epistemic and Performative Dynamics of Machine Learning Praxis

2007    Agency: The Relation between Meaning, Power, and Knowledge

Meaning and Materiality (or Culture and Nature)

2016    Meeting the Universe Two-Thirds of the Way: Witchful Thinking

2019    Comparison and Degree in a Mayan Language

2013    Semiotic Technologies, Temporal Reckoning, and the Portability of Meaning

2009    Meaning and Time: Translation and Exegesis of a Mayan Myth

2006    A Semiotic Ontology of the Commodity

Finally, he is the author of one (admittedly crappy, but mercifully short) poem:

To see what lay behind it;

And lucky him the optic nerve

Stretched so he wasn’t blinded.

All that said, he really likes the essay form, the diagrammatic imaginary, dad jokes, and teaching more generally. Most of his work may be found at www.envorganism.org.