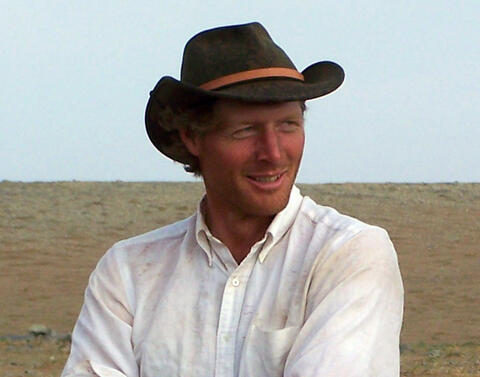 Professor Honeychurch’s research is on the archeology of ancient nomadic political organization in eastern Eurasia.  Nomadic groups of the Eurasian steppe organized large-scale states and empires from the first millennium BC and are best known for the world empire constructed by the medieval Mongols under Genghis Khan.  How and why relatively small groups of pastoral nomads assembled such monumental and complex polities is a topic that informs us about different approaches to political relationships, state organization, and inter-cultural contact.  Study of Eurasian steppe political systems gives valuable insight to how other large-scale empires were created and maintained over time, especially those in the Andes, the Mediterranean, and Southwest Asia where significant pastoral populations have resided.

He studies these questions through the archeological material remains left by horse nomads over the past 3000 years on the steppes of Mongolia.  His field projects emphasize regional pedestrian survey to discover and map cemeteries, habitation sites, walled complexes, rock art, and ceremonial areas.  His research teams follow up field survey with GIS spatial analysis, materials analysis, paleo-environmental reconstruction and excavations at cemeteries and living sites to test ideas developed from regional analyses.  Such intensive research programs allow us to understand how a particular area changed organizationally during the rise and fall of steppe states and empires.  To date, he and his colleagues have completed survey and excavation projects at Egiin Gol in north central Mongolia and at Baga Gazaryn Chuluu in the Middle Gobi of Mongolia.  They will carry out a new field project from 2012 to 2017 in the Mongolian eastern provinces in order to examine political interactions and contacts with Early Iron Age groups to the south in the Inner Mongolian region.