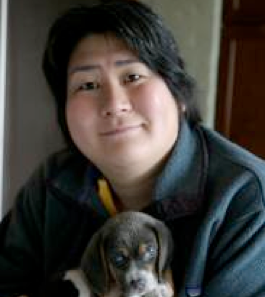 Professor Nakamura is a cultural and visual anthropologist whose research focuses on disability and minority social movements in contemporary Japan. Her ethnography about sign language, identity, and deaf social movements was published by Cornell University Press in 2006. More recently, she has been engaged in a new project on the comparative politics of severe physical and psychiatric disabilities in the United States and Japan. While her main focus is disabilities and minorities, she also works on issues surrounding gender and sexuality.

She was on a Yale Junior Faculty Fellowship (2007-2008) to conduct research on psychiatric and physical disabilities in Japan. She was previously granted an Abe Fellowship from the Social Science Research Council and Japan FoundationCenter for Global Partnership to pursue research on comparative disability politics in Japan and the United States during the 2004-2005 academic year. A little while back, one of her journal articles won the 2003 ISS/Oxford University Press Prize for Modern Japanese Studies. It was later selected to be one of Oxford University Press’ 100 seminal papers celebrating their centennial of academic publishing. More recently, her monograph Deaf in Japan was awarded the 2008 John Whitney Hall Book Prize by the Association for Asian Studies.

Her latest book A Disability of the Soul: An Ethnography of Schizophrenia and Mental Illness in Contemporary Japan (Cornell University Press, 2013) is due to be published July 2013.